26.10.2017
Ivan Savvidi: «I call for everyone today to unite, say «no» to violence, terrorism and xenophobia that destroy existing world order»
Appeal of Ivan Savvidi, the President of the Federation of Greeks of Russia on «OXI» Day» 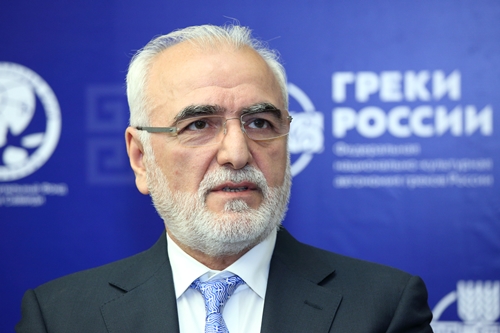 Every year on October 28, we pay a debt to the memory of the Greek patriots, who inscribed heroic pages in the world history of the struggle against fascism.

77 years ago just Greece took the first strikes from the Nazis, despite the unequal forces, stood up, destroying Hitler’s plans for a rapid offensive on the Balkans.

This year I was fortunate enough to visit the military museum in Thessaloniki, where the feat of those years were opened up for me from new side — through human destinies, actions, decisions taken at a critical moment.

The museum exposition telling about the heroes of the war not only fixes the memory of the courage and heroism of our people, which has passed through monstrous trials, but also emphasizes the inalienable features of the Greek soul — sacrifice, long-suffering, agape and love to Motherland.

Today, our hearts are filled with respect and gratitude to people who said «NO» to fascism.

And we must not allow the repetition of those terrible events, despite the ever-increasing degree of world aggression and possible provocations.

I call for everyone today to unite, say «no» to violence, terrorism and xenophobia that destroy existing world order. Today more than ever before we must cherish the world, strengthen the traditions of patriotism and faithful service to the Motherland.

I lower my head in front of the bright memory of those who have not returned from the battlefields.

Eternal memory to the fallen.

Ivan Savvidi,
President of the Federation of Greeks of Russia