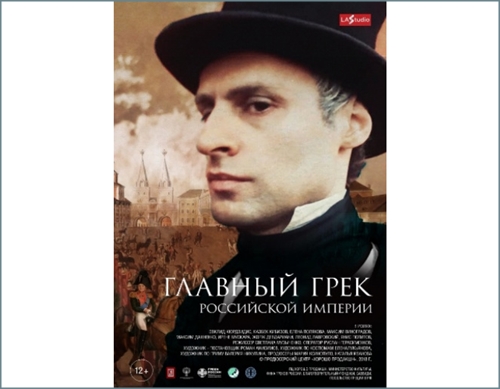 We invite you to a special screening at the XXIX International Film Festival «Message to Man» of the film about the outstanding political figure of the ΧΙΧ century Ioannis Kapodistrias, the first Governor of Greece and the Minister of Foreign Affairs of the Russian Empire during the reign of Alexander I. The life of I. Kapodistrias combined all the elements of the Greek tragedy: love and betrayal, truth and lies, intrigue and honour. His murder still is an unhealed wound for subsequent generations of Greeks.

Production: Producer Center «Horosho Production», with the support of Federal National and Cultural Autonomy (FNCA) of Greeks of Russia, Ministry of Culture of the Russian Federation.

The film will be shown with English subtitles.

After the screening, there will be Q&A, director Svetlana Muzychenko, producer Maria Ksinopulo and actor Georges Devdariani will answer questions from the audience.